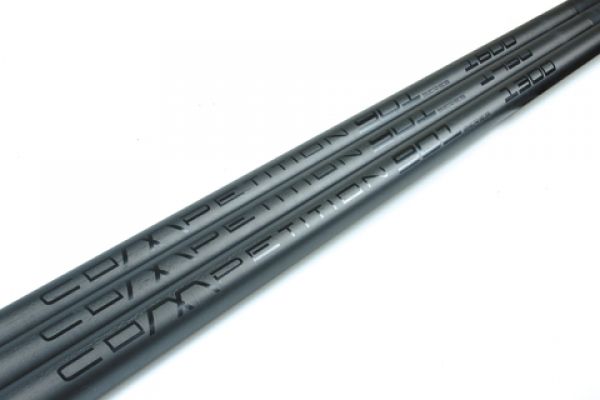 researching the internet over and over to find out every detail about MAP’s flagship pole. I was still unsure whether to invest in one as the price was always putting me off.

A days fishing with angling coach “Andy May“

I’d booked a days fishing with Andy May on Gold lake at Partridge fisheries in Culcheth. What an amazing days fishing! We set up to fish up in the water with hard pellets. Flicking a MAP SF2 shallow float, lightly shotted with three number 11s and finished off with a 6mm banded pellet on a size 16 Guru Super MWG hook.

The fishing was going good catching fish up in the water quite regularly and I was happy with my catch rate, flick the rig, feed, strike, flick , strike, feed, flick,  strike…Fish On. and so on.

After having a laugh with Andy about how many missed bites I was getting with my own pole at the time (missed bites 12, hit bites 3), he then said he was going to spoil me and proceeded to take out a MAP 901 pole out of his holdall.

He obviously had to move me off my box and have a go first while I watched!

By the time I had sat on his box, he was pulling the pole back with a fish on, I was gobsmacked. “show me that again” I said.

He slid the pole out at lighting speed, fed, flicked the rig over keeping a tight line………….”FISH ON” Then proceeded to quickly ship back to half way while the white Hydro elastic did its job, he fed again, then shipped straight back to his top kit while he fed again.

Up popped an F1 about 3lb which he netted at ferocious speed. He then continued to catch another dozen or so F1’s, this was all within a few minutes. What an absolute class angler to say the least!

I tried to copy exactly what Andy had just done, I’m not the best angler and only fish local club matches. I will probably never be as good as Andy is even if I practiced for years!

I shipped the pole out quickly but nervously as it didn’t belong to me!  Fed, flicked the rig, FISH ON. I didn’t even see the bite. The F1 had hooked itself because of the stiffness of the pole. I couldn’t believe it! I continued to gain confidence with this new weapon getting faster and faster. Shipping in and out with a 901 is an absolute dream, letting the pole slide so smoothly through your hands makes fishing so easy.

I was also learning to feed with a catapult accurately while holding the pole, with my pole any head movement to look at my bait tray was noticed with a dip or movement on the pole.

With the 901, I was still hooking fish while I was filling my catapult, most bites were self hooking while others were just a small movement at the butt end to set the hook.

It took about an hour to get used to how stiff it actually is!

I had  to gently strike at bites and not swing at them like with my other pole. I hit 14 out of 15 bites and landed every one at speed. I was absolutely amazed, I’d just put about 40lb of fish in the net in about 10 minutes.

Surely a pole cannot be this good or can it?

The fish must be queuing up now? I must be getting better at fishing shallow, whatever reason I could think of to try to make my pole not seem so under rated compared to the 901 I thought of.

Although absolutely blown away by this pole I was still sceptical. I had to try my pole again to have one final comparison.

I did everything the same as I had just learnt with the 901.

Shipping out I noticed I had to keep an eye on where the tip was as it was waving about a little. At speed shipping out I tangled my rig twice, when flicking the rig over it took a lot more effort at the butt end and a bigger loop of the pole tip to get the same action to flick the rig, I had to move the pole slightly to tighten the line to the rig as the pole tip had to settle from quivering.  When striking at fast bites I was missing them. What had happened? getting more frustrated and concentrating harder to try and connect with a fish, it just wasn’t the same.

I’m not saying this pole is the answer to all your fishing prayers, but it sure does improve your catch rate in ways you cannot imagine.

SO…. technical data aside… price aside….. the 901 is an awesome piece of kit and it would be a good idea to build your fishing tackle around it!…… not use it as an addition to your gear. 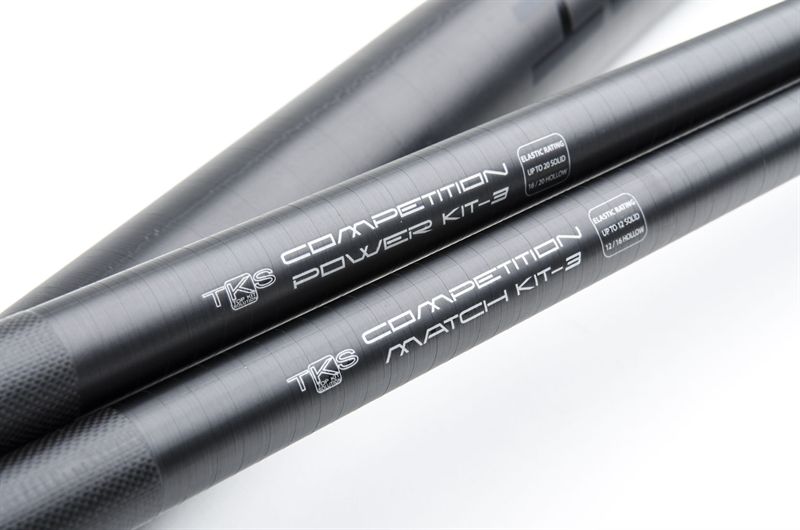 …………….Just for a bit of fun Andy and I had a bit of a competition to see how fast we could ship out to 13m, catch, ship back and land a large F1. I lost this one by 3 seconds, it took Andy on average between 12 and 15 seconds per fish with his fastest time being only 9 seconds!

I have owned a MAP TKS 901 pole for about 18 months after that day out with Andy and thought that it was only fair to let everyone know how good it actually is!

I have stopped double figure carp from running behind  islands on several occasions, fished at 16m shallow for 5hrs! (bit sore the next day as I’m not the most athletic), and hit lighting fast bites from F1’s and silver fish at all times of the year, especially when the next peg is missing bites. When snagged with 0.16 line I have really leaned into the pole with elastic bottomed out and the pole bent double to release the rig.(not that I’d recommend it as its a bit scary thinking your pole is going to break)

This pole can do it all!

My original pole was worth well over £1500 but I wont mention what brand it was, I personally thought it was excellent, but there is just no comparison to the 901.

If your thinking of upgrading your pole in the future then definitely take a look at a 901.

you may be slightly surprized, I know I was……..not anymore!

ABOUT THE AUTHOR Mick